Whole Foods Forced to Close N.Y.C. Wine Store (May. 25)
Whole Foods has been forced by New York state liquor officials to stop selling wine in its flagship store on Columbus Circle in Manhattan, according to a report in the New York Times.
The state contended that the grocer violated a law which requires that wine and liquor stores must have a separate, street level entrance and also cannot sell food.
Located on the lower level of the Time Warner Center, the Whole Foods lacked a street level entrance, and, of course, sells food. Whole Foods, which has surrendered its liquor license, is paying a $5,000 fine and selling off its stock. Pleading no contest to the charges, the grocer said the store has not changed since it was presented to state officials when it applied for a liquor license.
The newspaper report indicated that local liquor stores may have put pressure on state officials to take action on Whole Foods. When the grocer opens a separate liquor store near its new downtown Manhattan location, local retailers are also expected to protest, according to the report. 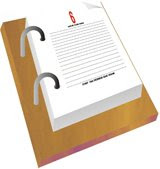